Down the memory lane: Partizan wins Mitropa Cup 42 years ago 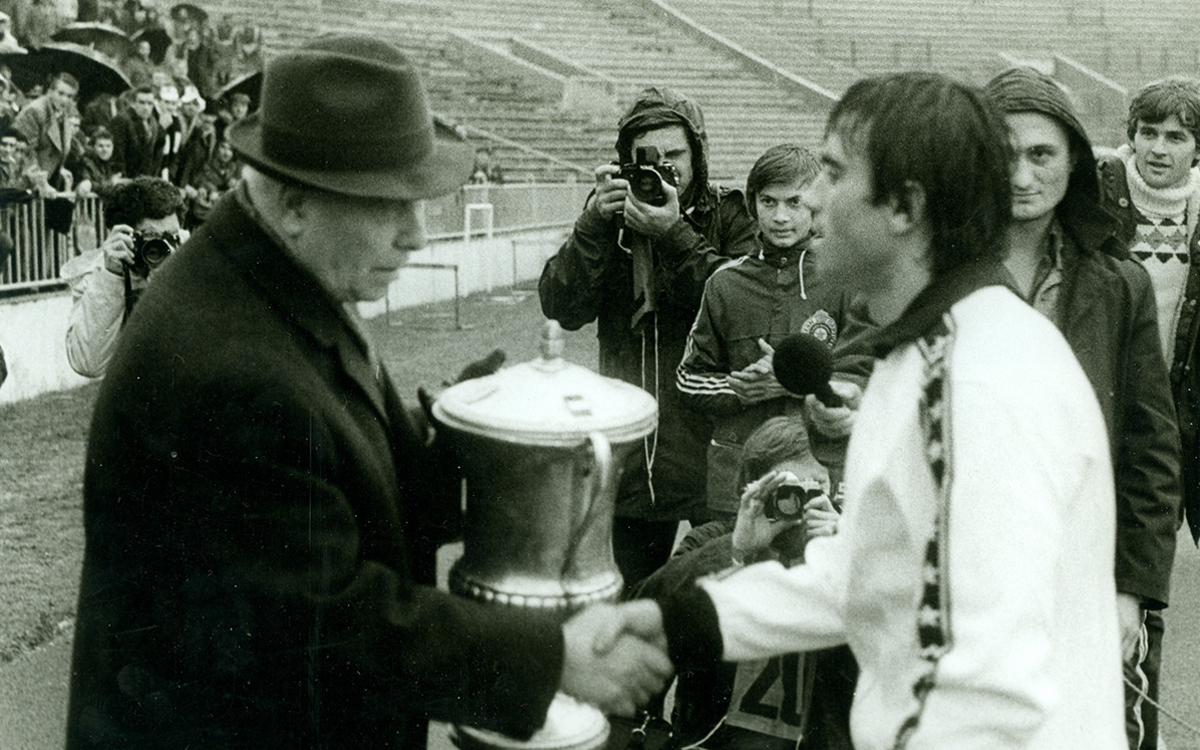 Partizan won Mitropa Cup on 13th of December 1978 beating Hungarians Honved 1-0 in a competition`s final with a penalty-kick goal from Aleksandar Trifunovic. Mitropa Cup final was played at Partizan ground in pretty bad conditions, on a muddy pitch due to a heavy rainfall.

Partizan was coached by Ante Mladinic who happened to lead his team from the dugout for the last time – he was sacked soon after.

Competition participants were split into two groups. Partizan was in the group A along with Italians Perugia and Czechoslovakians Zbrojovka Brno. Group B consisted of Vojvodina, Honved and Rapid Vienna but Austrians pulled out of the competition so it was between Vojvodina and Honved to decide the group`s winner.

Partizan won Zbrojovka 5-1 at home on 28th of Sep 1977, in front of 10,000 attendance. Vukotic scored a brace along with goals from Trifunovic, Grubjesic and Prekazi.

Next game was played away in Perugia on 14th of Dec 1977. Italians won 2-1, Partizan goal was scored by Stojkovic. Perugia was 7th placed on the Serie A final standings that season.

Return game to Zbrojovka was played on 29th of March 1978 and Partizan won it 3-2 with goals from Santrac, Vukotic and Jovic. Zbrojovka was Czechoslovakia`s champion that season.

Final group game was played at Partizan Stadium in front of 15,000 spectators and Partizan trashed Perugia 5-0 with goals from Klincarski, Santrac, Jovic and Zavisic.

Now-defunct Mitropa Cup (also known as Danube Cup and Central European Cup) is the oldest international European club competiton. It was played between 1927 and 1992 (52 seasons in total), at first reserve for teams from Austria, Czechoslovakia, Yugoslavia and Hungary, later joined by teams from Romania, Switzerland and Italy.

Besides Partizan, Mitropa Cup was one by number of former Yugoslavia teams – Crvena Zvezda and Celik (twice), Vojvodina, Iskra Bugojno and Borac Banjaluka.