Down the memory lane: Ivica Osim 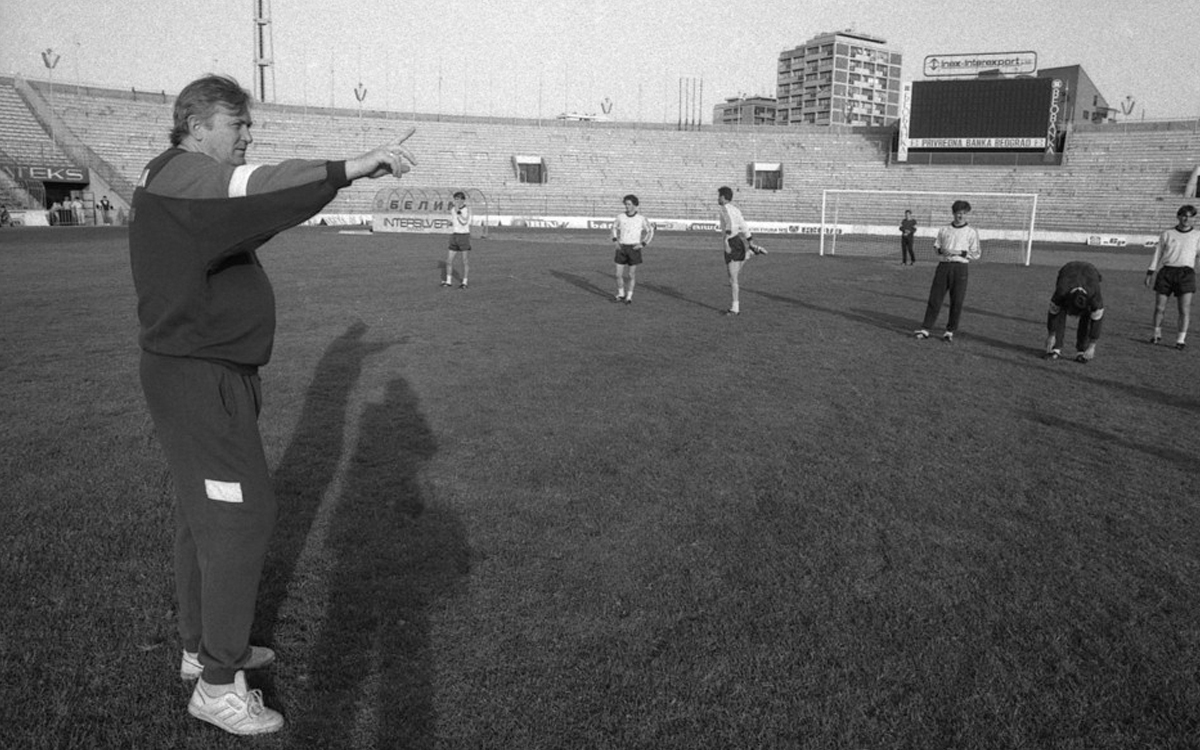 On 21st of May 1992, in a return leg of Yugoslav Cup final Partizan played against Crvena Zvezda, Slavisa Jokanovic headed the ball in for a 2-2 final score, good enough for Partizan to lift the trophy after first leg 1-0 win.

At that moment, it was more than clear that appointment of Yugoslav national coach Ivica Osim that season was a right move and even better things were expected in the future. Winning of cup trophy was supposed to kickstart the mighty Partizan project with huge expectations regarding European competitions involvement.

Naturally, players, coaching team and club management gathered to celebrate cup trophy win and out of the blue Ivica Osim took over the microphone and announced he is leaving.

“We were shocked, nobody could believe what we heard. We knew the war has started in Yugoslavia, Osim`s family was in Sarajevo, but as a young sportsmen we thought all the troubles will be sorted soon. I later heard Osim hinted his departure to the club management few days prior but all of us players were quite shocked. I still remember the moment when he said his goodbyes, some say he shed a tear too”  – says Sladjan Scepovic, one of the more experienced players in Partizan team back then.

“I know they tried to convince him to stay, Osim was promised an airplane to be sent to pick up his family from Sarajevo but he didn`t want to change his mind. That was Ivica Osim – when he says something there`s no going back. His words were always strong, purposeful and effective” – says Scepovic.

“I didn`t work with Osim long enough as he was in a club for only a year and I was doing the army service at the time. But, we had a great relationship and I learned a lot from him. I remember Osim saying once that all the players should be brave as Petric but he also said I was brave only until I reach the final third, then I lose it all. Many said it was an insult but he was right hundred percent” – says Partizan 90s centre-back , Gordan Petric.

“When I decided to start coaching, I visited ten great coaching names, Jose Mourinho, Carlo Ancelotti, Radomir Antic and Ivica Osim among others. I spoke with Osim over the phone, we agreed to meet and I went to Sarajevo. His advice was truly helpful and I really appreciate everything he did for me. As a young player, I noticed I was clearly better player after each of his training sessions”.

“During Osim era we played a friendly every Wednesday, mainly against lower tier sides. He was often demanding we play player short and with only two touches allowed. I you make one too many touches, you were obligated to surrender the ball to the opposing side” –says Petric.

At the time, Partizan was regularly staging pre-season at Lepenski Vir camp:

“Osim took  youngsters Albert Nadj, Savo Milosevic, Dragan Ciric and other to Lepenski Vir preps. He recognized the quality they had and they proved him right later on during Ljubisa Tumbakovic`s reign. If Osim was to remain in Partizan little longer, I`m sure he would make miracles at the club” – says Scepovic.

Unfortunately, he did not.

Osim decided to depart after only one season but even to this day, he says time spent at Partizan was one of the best of his career and proudly states he is integral part of Partizan. Almost three decades later, we are proud to say Ivica Osim is an important part of club`s history and it would be impossible not to remember that this club legend is turning 80 today!