Down the memory lane: First ever Eternal derby game 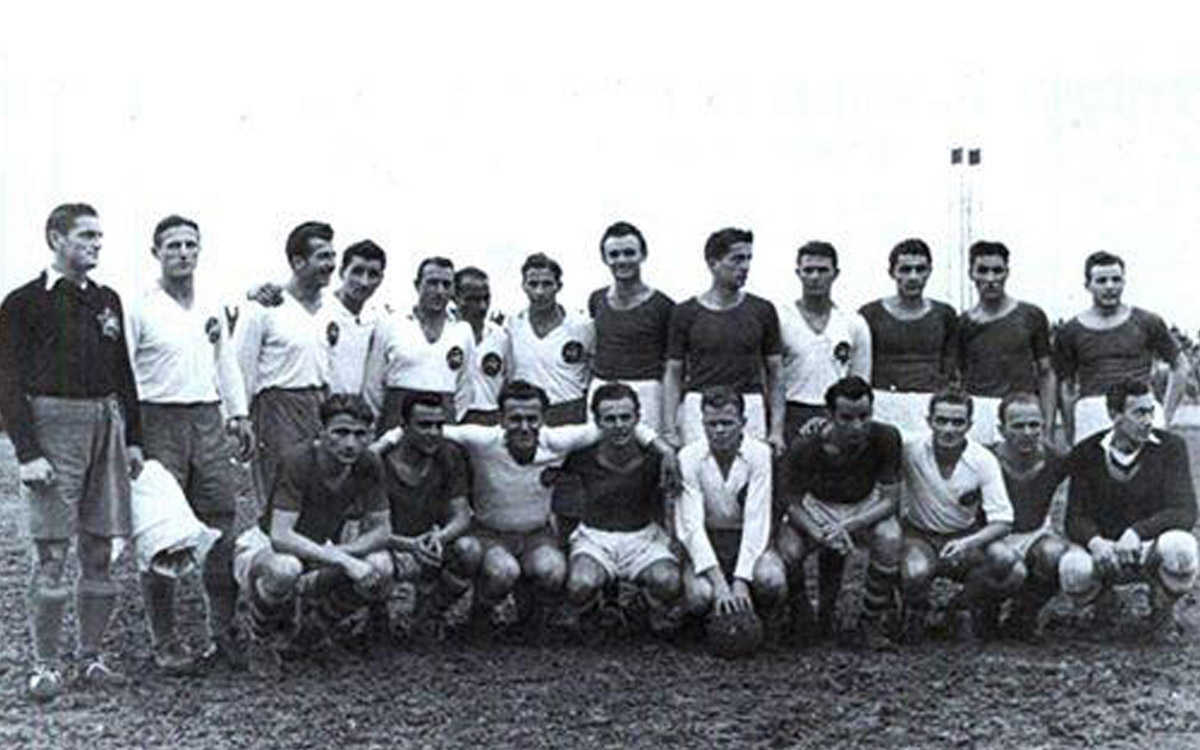 As we await tonight`s cup semi clash against Vojvodina, we decided to take a dip into club`s early history and to revisit first ever Eternal Belgrade derby game, played on 21st of April 1946.

It was on Ortodox Easter 75 years ago that two bitter rivals first met and Partizan won it 2-0.

Since it was “only” a friendly, history books often start from first official meeting,  a 5th of January 1947 league game, when Partizan was defeated 4-3.

Nevertheless, Partizan won this 1946 encounter with goals from Franjo Rupnik and Prvoslav Mihajlovic.

There is scarce info on this game but we have a joint photo of players involved in this game (Partizan players in white):