Down the memory lane: 1978 league title 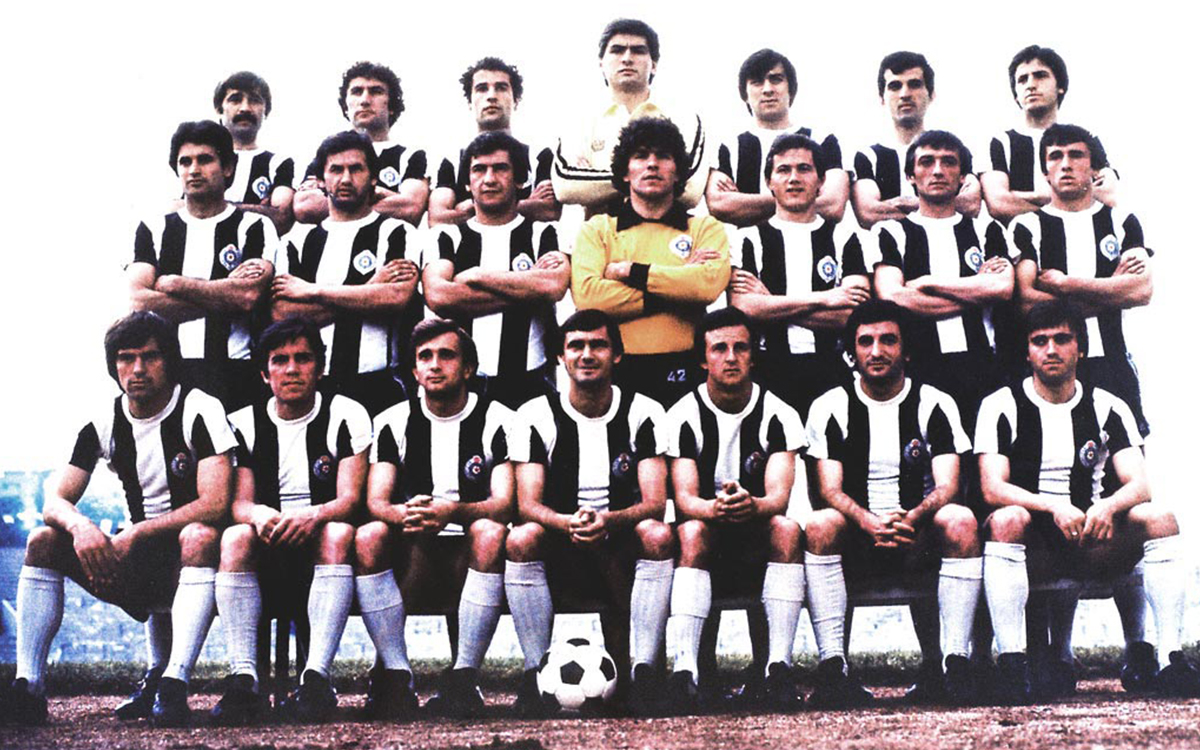 On 28th of May 1978, Partizan completed one of the most impressive league runs, winning 8th title in the club`s history.

After down-to-the-wire 1976 season, when Partizan secured the title in a sixth minute of stoppage time of the final league game, our team`s roster the following season was quite weakened – leading to six defeats after opening twelve rounds and early National Cup and European Cup exits.

As a result, Head Coach Tomislav Kaloperovic departed to be deputized by Zoran Miladinovic until January 1977 when Ante Mladinic took over Partizan dugout. Over the next five months, Mladinic managed to push our team to the 4th place in the final league standings.

During the summer transfer window, Mladinic signed only one player – forward Jovic – but he was able to count on regular army service returnees Pejovic, Golac and Vukotic, allowing him to form a quite convincing roster.

In a final 1977-78 season championship round, Partizan hosted Sarajevo for a goalless draw and great title celebration, including steam roller`s lap of honour at the stadium`s athletic track.