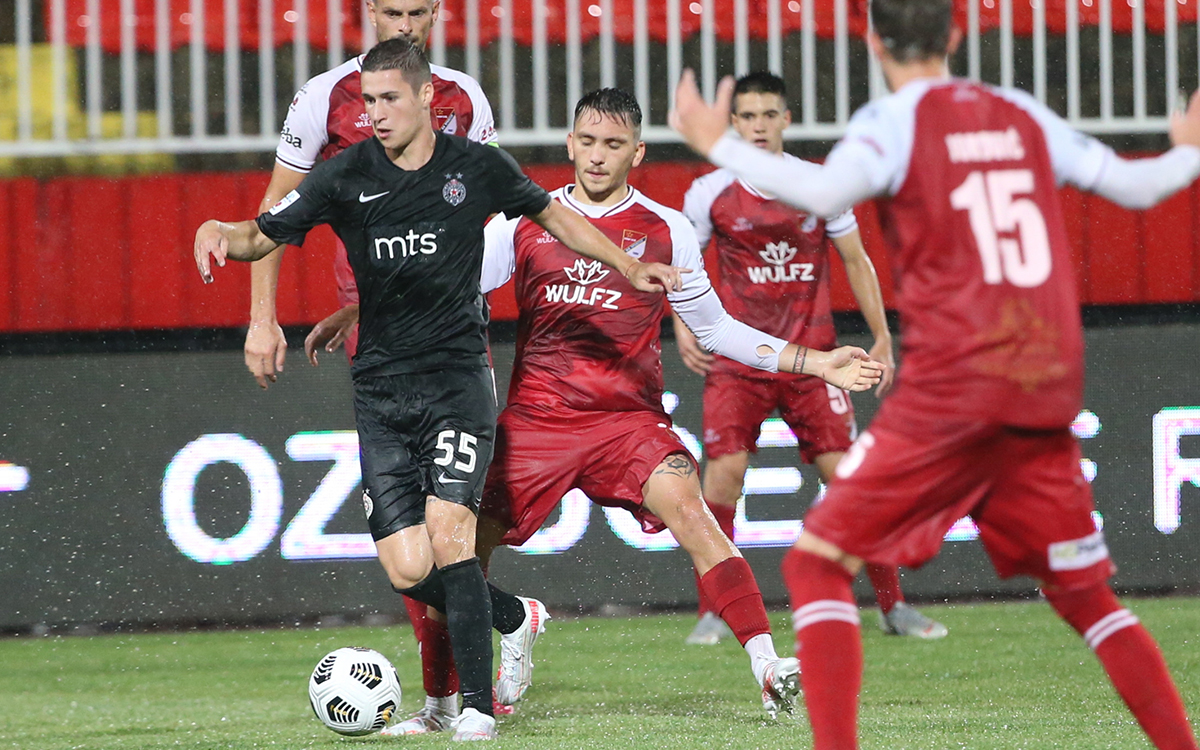 Danilo Pantic marked his return to Partizan with two assists, one for Ricardo`s opener and another after he was fouled outside the box to allow Jojic to score from a free-kick.

“Most importantly, we entered the game well and wanted to win for the start. We played a good football and got rewarded with handful of goals scored. First one was scored timely and it was easier to play afterwards. In the second half, it was really hard to play on a waterlogged surface”, said Danilo Pantic.

Pantic`s desire and game improvement was clear during the pre-season.

“I do my best in every spell with Partizan. I`m glad people recognized in such a short space of time what I`m trying to achieve here. I hope I`ll be even, I`m not going to stop now”.

Due to horrid weather conditions, it was hard to play but fans were there to help Partizan achieve win in an opening game of the season.

“It meant a lot to us to have support from the moment we stepped onto the pitch, even for a warming up. They were loud all the way through, it was a great boost for us”, said 24-year-old midfielder.

“No time to celebrate first win of the season as we have very important game in five days. We need to keep winning domestically but Europe is our priority now. We are getting ready for Dunajska Streda and we hope for a positive outcome on Thursday”.