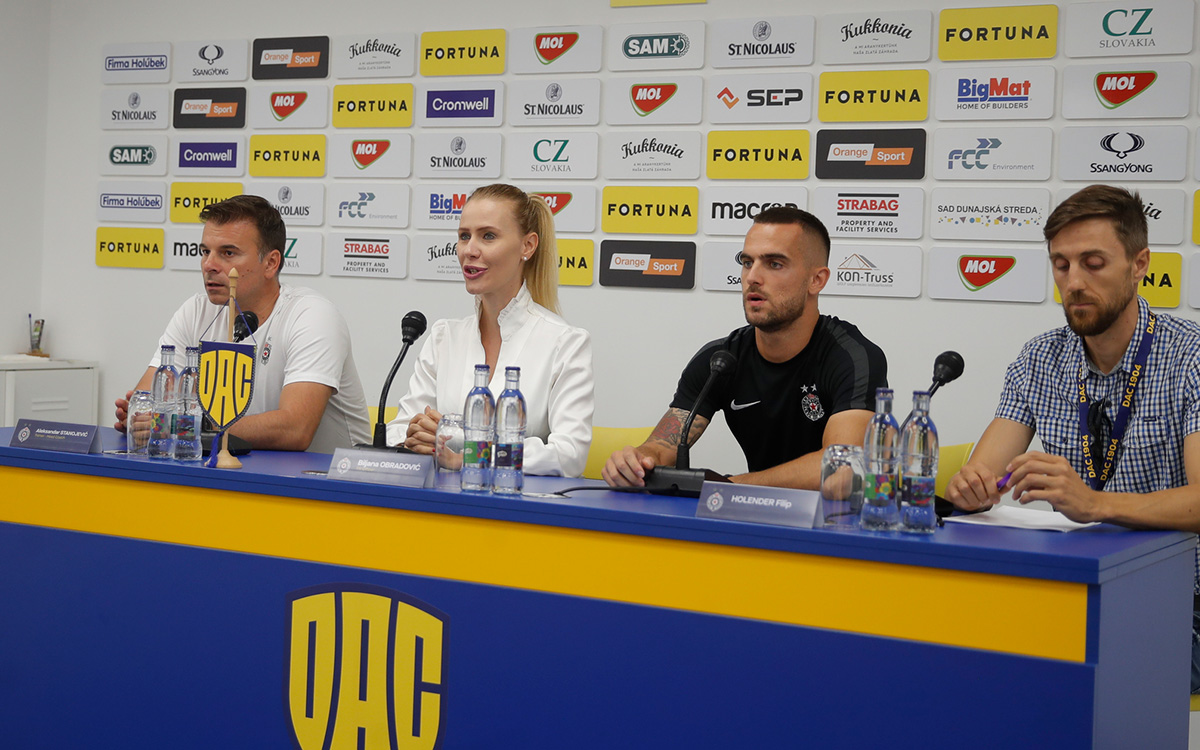 Partizan is away to Dunajska Streda as part of Conference League round 2 return leg fixtures. First leg finished in a Partizan 1-0 win.

Aleksandar Stanojevic ahead of Dunajska Streda:

“We are not going to defend our 1-0 lead as one goal can change things around. We are here to score, to win. Our advantage means nothing but we know our hosts have to score at least two goals to go through, or at least one to get to the extra-time. I like the fact away goal rule is abolished now, it doesn`t allow you much calculation”.

“Essence of our game is to have our first defensive line push opponent away from our net, not to allow threats. But, the point is defence is not just the back four. We did quality pre-season, started well and we are confident. But, everything can turn around in football, in space of just three minutes. We have to be cautious”.

“Lutovac will play as a right-back. He did a quality job last weekend, he always does. It`s only that he didn`t play regularly for some time, especially as a right-back. I knew my line-up for Dunajska Streda straight after the last weekend`s game, I have no doubts about it. It`s a 90 minute game and sometimes you have a plan to start it with one and finish it with another player. I`m calm and I sleep the best night before the game. I think about the game so much during the days ahead of it and I love to sleep in a pre-match quarantine as a result”.

“We won all three opening games of the season so far but this is just the start. I`m thrilled with focus of my team. I know focus is always there, hence the outcome of the game”.

“Dunajska Streda played against Zemplin without their captain. He means a lot to them. Ciganiks was a starter and dominated all the way. I hope we can exploit DAC weaknesses but they have their qualities – it`s hard playing against three-man defence and double width. They attack with two forwards, two wingers and two wing-backs, often six of them out there trying to finish off the attack. We didn`t allow that to happen back home”.

“There`s no question marks over keepers Popovic and Stevanovic. They proved themselves. We`ll miss Stojkovic`s experience but I have full trust in both of our remaining keepers. We rotated last season as well. Popovic has advantage regarding tomorrow. When I`m in doubt, when there`s two good keepers, I always give opportunity to younger one. Stevanovic will be between the posts next weekend”. 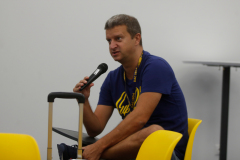 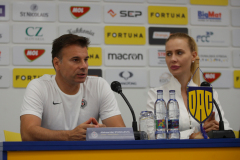 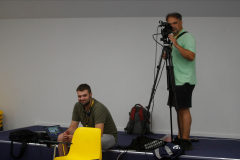 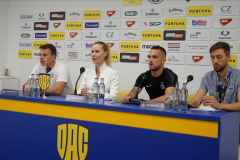 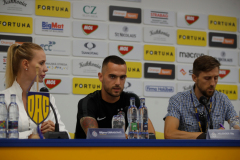 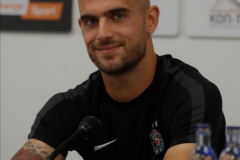 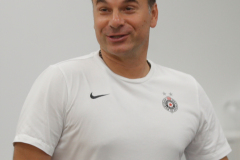