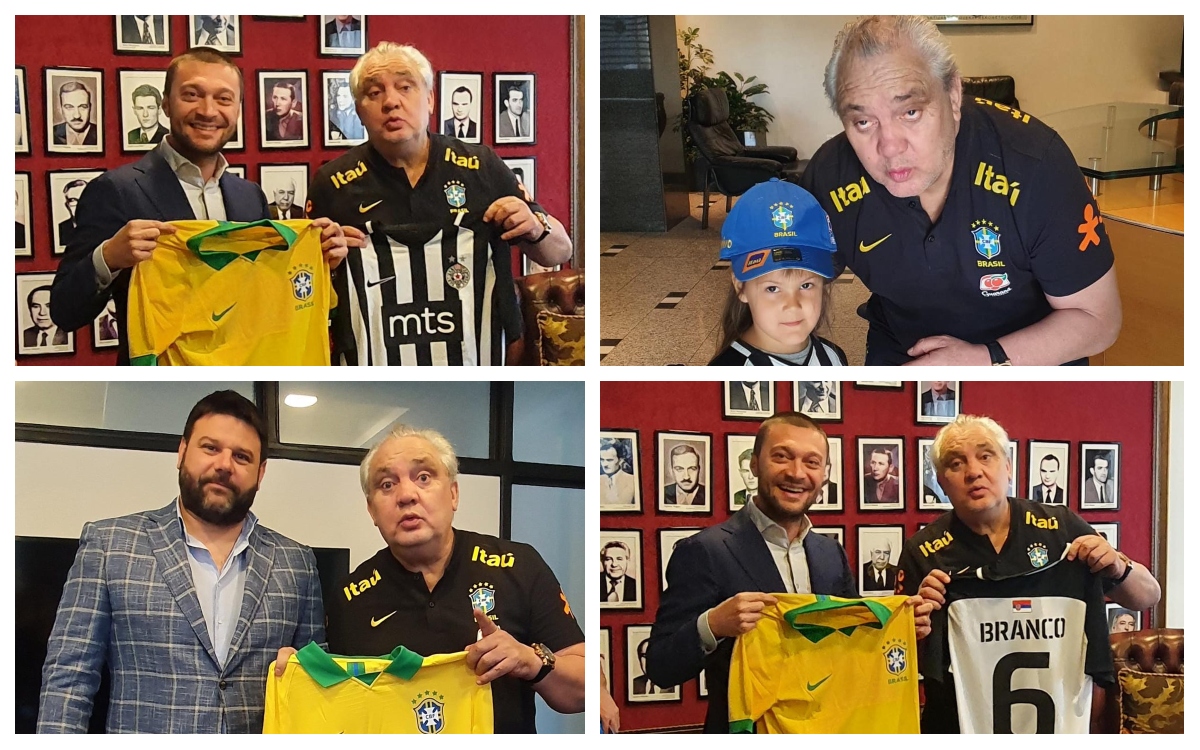 Priority for visitors from Latin America was to look at the conditions of Partizan Stadium where Brazil Olympic football team will play a friendly against Cape Verde on Saturday, 5th of June.

Pleased with options and conditions Partizan Stadium can offer, Brazilians decided to play another friendly here, the one against Serbian U-19 team coached by 80s Partizan player Zvonko Zivkovic.

“I know FK Partizan has a long tradition and I`m really honoured to be here. Conditions are great and I`s like to thank my hosts on behalf of Brazilian FA for allowing us to prepare for Olympics in such ambience” – said Branco.

Claudio Branco, legendary Brazilian footballer who made history scoring a USA WC 1994 quarter-finals goal for Brazil against Netherlands, also had an opportunity to chat with Partizan fans, even presenting one little girl with a Brazil cap, while Ivica Iliev gifted Claudio Branco with a Partizan number 6 shirt, wishing club`s honoured guest champions title at the Tokyo Olympics this year.