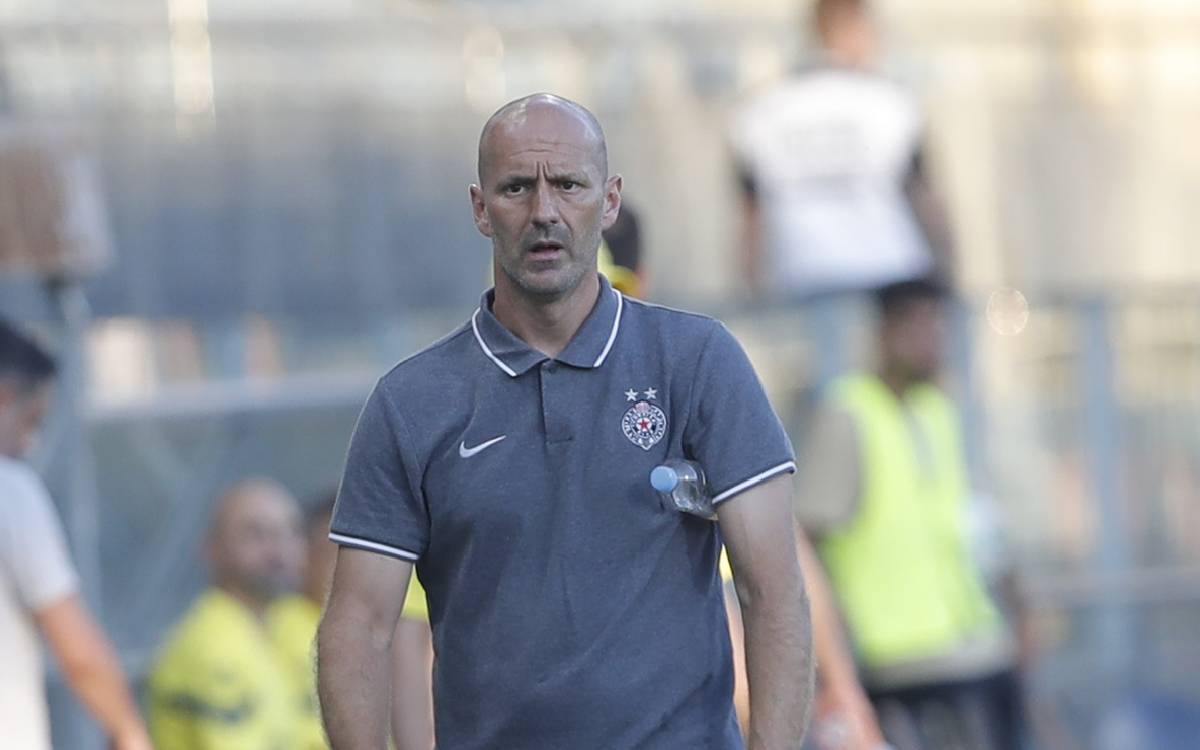 “We are lacking sufficient number of players and we can`t really play with this low numbers on the bench but I`m glad things seem to be improving in that department. Markovic is finally with us and he played significant minutes against Fenerbahce considering he had a long break. Fortunately, Markovic asked to be subbed due to a cramp, it was nothing more. As far as I know, we will have new signings early next week and we expect number of injured players to return to training as well”, said Stolica.

“We did the job regarding our backline but sudden departure of Jevtovic disrupted us a lot. We have options at the moment but Zdjelar`s injury is giving us headache. We need a bit of patience as some of the arrivals are just about to happen”.

“We planned to have a strong friendly like Fener one. I believe such experience will mean a lot for this team. Moreover, Fenerbance is one of our possible Europa League qualifiers opponents. We don`t have such a roster depth as they do and we were forced to play number of youngsters. On the other hand, this kids showed a lot of good things during the pre-season and it would be a shame not to let them play. Game against Fener is a big experience for them too. Besides, we have to think about Serbian Super League bonus young player rule”.

Bonus young player rule is a challenge early in the season.

“Unfortunately, Jovic is injured and he will not be available for the opening match of the season, two possibly. Youngsters were great during pre-season and they will be rewarded with playing time at some point. I hate to call any player “bonus” as it`s about the quality, not about the age”.

Starting line-up for Javor away?

“It wouldn`t be fair if I said i have starting eleven in mind. We have doubts regarding several positions. There`s more training ahead of us and I always try to coordinate team in accordance to what i see during training sessions. Unfortunately, we have to look at health and bonus player issues too”.

During pre-season friendlies, both first-choice keepers made a passing mistakes leading to goals conceded.

“I have no fears in regard to these mistakes. If they do happen, let them happen during friendlies. We shared the responsibility for goals conceded and learned our lessons. We insist on play starting from backline and players will always have our support. Technical mistakes are part of football game but we also need to understand how we have to play and when to move the ball from danger zone. We have to go through this and these goals happened to be crucial for a final score in those friendlies unfortunately. Also, we were unlucky not to score against Fenerbahce, youngster Petkovic deserved to score in particular based on his good performance”.

“I`ve seen lots of good things in a match against big opponent, they have ten times bigger budget compared to us. We matched them most of the game but didn’t get the needed pace, more possession, we were running around without a ball too much. But, these are the games where your team grows so we have to be pleased. Then again, we conceded a goal after another defensive blunder. It`s good we will play few domestic games before we start our European season. In previous years, we had a mix of domestic and European matches early on and it gets kind of more complicated. Now, we have three complicated domestic away games before we enter European competition and I think it`s better we have those matches done and dusted early on”.

“We now play with one central midfielder although we had three options at the beginning. It was expected one of those three to depart. At the moment, we have options after Jevtovic`s departure but I don`t know what the future will bring and if we are going to have to react in that department”.

It`s Natcho and Andrade who carry the great weight in the midfield now.

“We have a quality in the midfield for the game style we try to implement, Natcho and Andrade are perfect as such. You have to be wise and play them in a right way and right moment. They cannot carry such weight with so many games to be played. It`s a shame Pantic is still on the road of recovery as we need quality rotations on each playing position”, said Ilija Stolica.