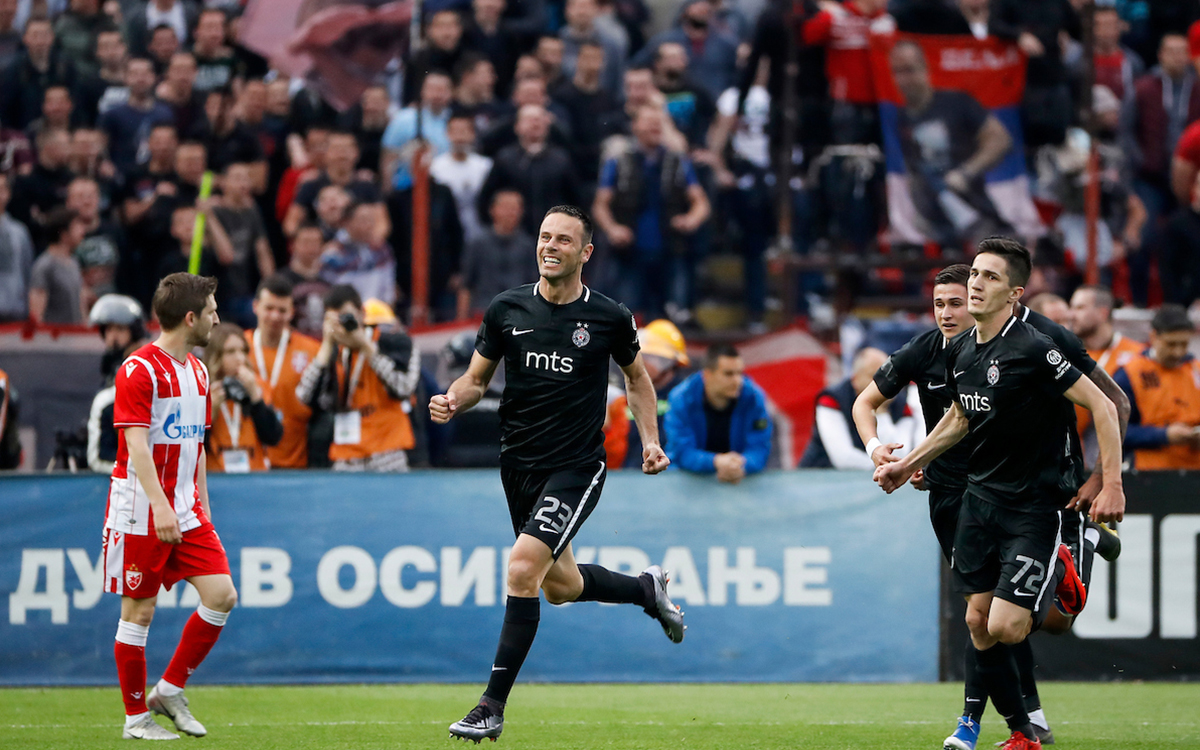 Cross from Danilo Pantic headed into the net by Bojan Ostojic for a 1-0 cup final win and trophy lifted by Sasa Ilic in his last official game, his 7th career cup trophy and 16th in Partizan history.

It was on 23rd of May 2019 Partizan won Crvena Zvezda in a cup final, coaching debutant Savo Milosevic leading his charges to the last trophy Partizan won so far.

“The plan was for me to remain at the back and prevent possible counter-attack during first two set-pieces, at least. Left-back Urosevic was supposed to go into the box and he did when we took first set-piece of the game but when we had the next one I said to Urosevic to stay at the back, that I`ll go forward. He agreed” – says Bojan Ostojic and remembers the chat he had with opponent`s defender:

-I was in the box next to Filip Stojkovic who was confused I was up there at all and said “What are you doing here? We have info you are not going forward”. But, there you go, it was two of battling for the position in the box and I managed to score after a great ball from Danilo Pantic. It was 14th minute of the game, lot of time left to play, but we managed to keep our one-goal advantage”, says Ostojic.

Prior to the game, Ostojic received framed shirt number 99 from skipper Sasa Ilic, number 99 representing Ostojic`s number of the appearances for the club. It was expected Ostojic was going to hang his boots after the season but he is still part of the black-and-white family two years after.

“I was rarely a starter for over a year but returned to the line-up upon Milosevic`s arrival. I`m grateful to Milosevic for giving me the opportunity and I think I paid it back to him and to the club adequately. On the other hand and it may sound cliché, each trophy is equally important to me and I don`t really care if I`m the one who scored the winning goal. To be honest, it was more important to me to see Sasa Ilic win a trophy in his last appearance for the club. Few days before the cup final, he had his farewell game against Proleter and he made a cameo appearance in a cup final to lift another trophy as team captain. Sasa Ilic deserved to end his career as such”, says Ostojic.

Sasa Ilic entered the game on 90 and Bojan Ostojic took the captain`s armband of keeper Stojkovic to place it on a hand of legendary skipper, as a token of respect and admiration.

After the cup final and fourth consecutive cup trophy win, Partizan players celebrated in a riverside bar but goalscorer Ostojic was nowhere to be seen until later on.

“All players have their rituals. Regardless of the opponent, competition or importance of the game, I always play full highlights of the match twice. It was the same after the 2019 cup final and I joined my teammates only around 3am”, says Ostojic.