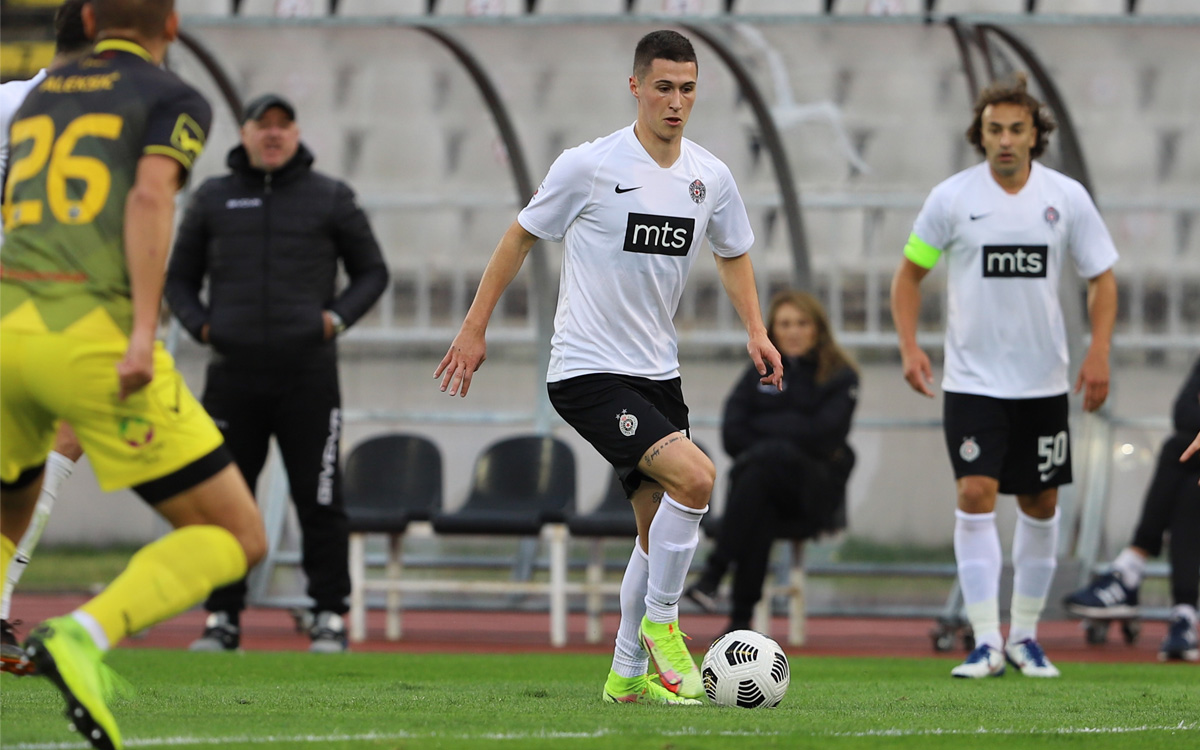 Partizan midfielder Danilo Pantic turns 26 today and we spoke to him on his special day.

What did you wish yourself for your birthday?

-I just wished good luck and health to me and my family. Everything else looks good and on the right track.

After just couple of games you played for Partizan in this spell, everyone said boss Stanojevic and playing for your home club got you back on the right track.

-It`s much easier when you play a for team in a good moment, mood and form. We play really good as a team this season and I just fitted into this positive energy.

What`s there in boss Aleksandar Stanojevic that we now have an almost unbeatable team, the one that sees all players equally important?

-It`s about that energy that we all have now, both players and coaching staff, the mood around is great. We try to have each and every player contribute and that matters a lot. At the end of the day, you get to the conclusion that every player is important for the team. It matters a lot when everyone feels productive and content.

Your favourite game and performance so far?

-None I can single out. Every match is important, both domestically and in Europe. We play Metalac tomorrow, that`s the most important game at the moment.

You suffered a couple of injuries this season already and missed Eternal Belgrade derby game as a result. How hard it is when you are unable to help your team on the field?

-It`s one of the things that really hurts this season, missing the derby game. I had great desire to play, especially when I saw our rivals scoring a late equalizer. That`s football game for you, injuries happen. We`ll play two more Eternal derbies until the end of the season and if everything goes as planned, I`ll have my opportunities to play.

Each Partizan game is kind of “life or death” situation. You are kind of not allowed to drop any points. How much pressure is there as a result?

-It`s quite hard, especially in domestic league where your eternal rival is not dropping points too. We have to keep it up as best as we can. It`s hard to play each game expected to win but we picked up our pace and we don`t think about anything else but winning. We have that winning desire in each and every game and that`s what really matters. It`s a mentality you build and we have it at the moment”.

How much did you change over the years as a football player?

-I don`t really know, it`s best if you judge it yourself. What really matters is that I see myself as more matured player on the field.

Against TSC on Sunday, you started the build-up to second Partizan goal followed by a great movement off the ball and assist to Ricardo who then assisted to Terzic to score. Can we expect more of this in the future?

-It was a fine build-up. That`s what we train for, it`s the style of play Stanojevic loves to see – advance thinking, one or two touches and quick decisive passing. That`s just one of the build-up`s we practice during training sessions, this one worked out well but it`s not easy when you play a one-touch game, in general.

You looked unstoppable in the later stages of Gent and TSC games. Do you feel you are back to your best after the spells on the sidelines?

-I was unfortunate to suffer an injury during warm-up against Sochi and I found it hard after a good start of the season I had. I was not ready to be sidelined but that`s in the past now. I fell great and I think I`m close to the form I had early in the season. I believe things will get better as season progresses”.