Bibars Natcho: The pressure is massive and we are all fatigued 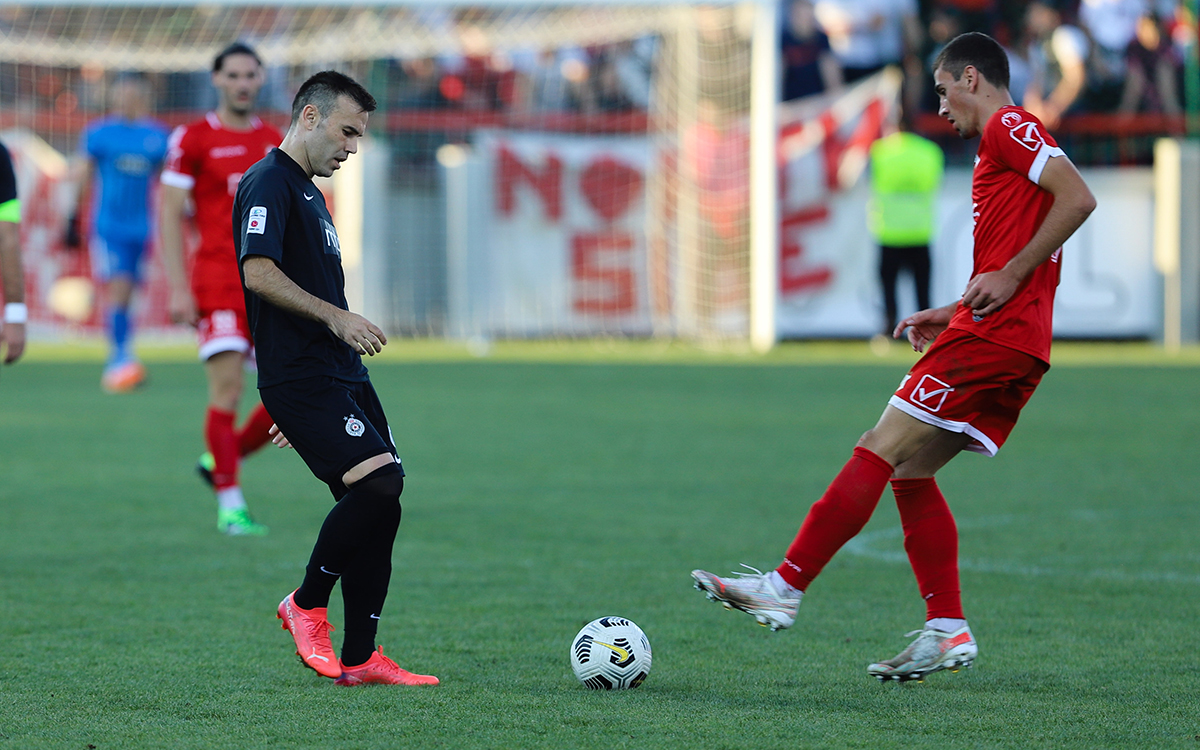 Tough away game in Krusevac saw Partizan take all three points with a single goal win, good enough to keep our team top of the pile. We spoke to midfielder Bibars Natcho after the game.

“People expect us a to score 4 or 5 goals in each game now and that`s impossible. This away one was pretty tough, especially after Urosevic being sent-off. But, we won it 1-0 with great fighting spirit involved although it could have been easier if we were to be more clever after their player`s early shower. However, we gain more confidence and strength after this game and we move on”, said Natcho.

Partizan boss Stanojevic made sure his starting line-up features rested players as much as possible but Natcho underlines this congested fixture list takes its toll.

“We have 25 players in rotation but we play two games a week for the past two months. The pressure is massive and we are all fatigued but the boss tries to get the best out of everyone. He always plays fresh players and everyone get the opportunity, which pleases me a lot. We have to keep it like that all the way through if we are to battle for the title. We have to be hundred percent there in each and every game”.

It`s time for international break and number of Partizan players will join their respective national teams. Therefore, not many of them will get a proper rest.