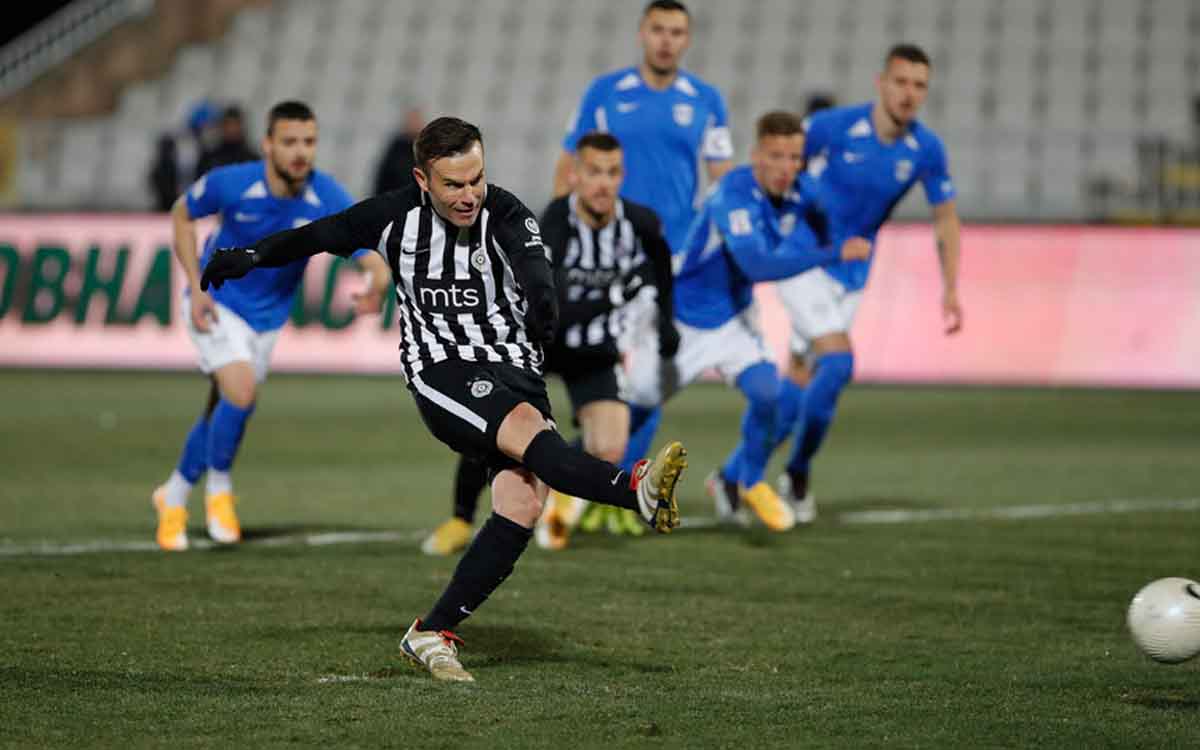 Partizan achieved comprehensive 4-1 win over Novi Pazar yesterday but it took almost an hour to break well-organized visitors. Lazar Markovic opened the scoring and Partizan doubled the lead soon after with Bibars Natcho scoring from the spot being fouled in the box himself in the process. Holender made it three-nil and, after Novi Pazar`s consolation goal, final 4-1 scoreline was achieved late in the game after well-crafted Partizan attack and an own goal from visitors defender. Partizan now had 10 wins in a row.

-I think it was quite important for us to win this game and to show how our form picked up at the very restart of the season. It`s not easy to keep your winning streak and I`m quite pleased we won as pitch surface was really difficult to play on. It was freezing as well, not the best day to play a football game.

But, we learned how to win and I`m enjoying it even in those weather conditions. Of course, we are not happy when we concede but at least we were 3-0 up at the time.

Before the winter break, I had some problems with my leg and found it hard in several games, I didn`t play as I wanted to. But, I know how important this period is for the team and how bad it would be if I was sidelined. We worked hard in Turkey during winter preps and I realized I can reach top form. I feel much better, my leg is fresh now and I think we all look good, just need to keep it going.