Bibars Natcho: I won`t stop until we achieve something big 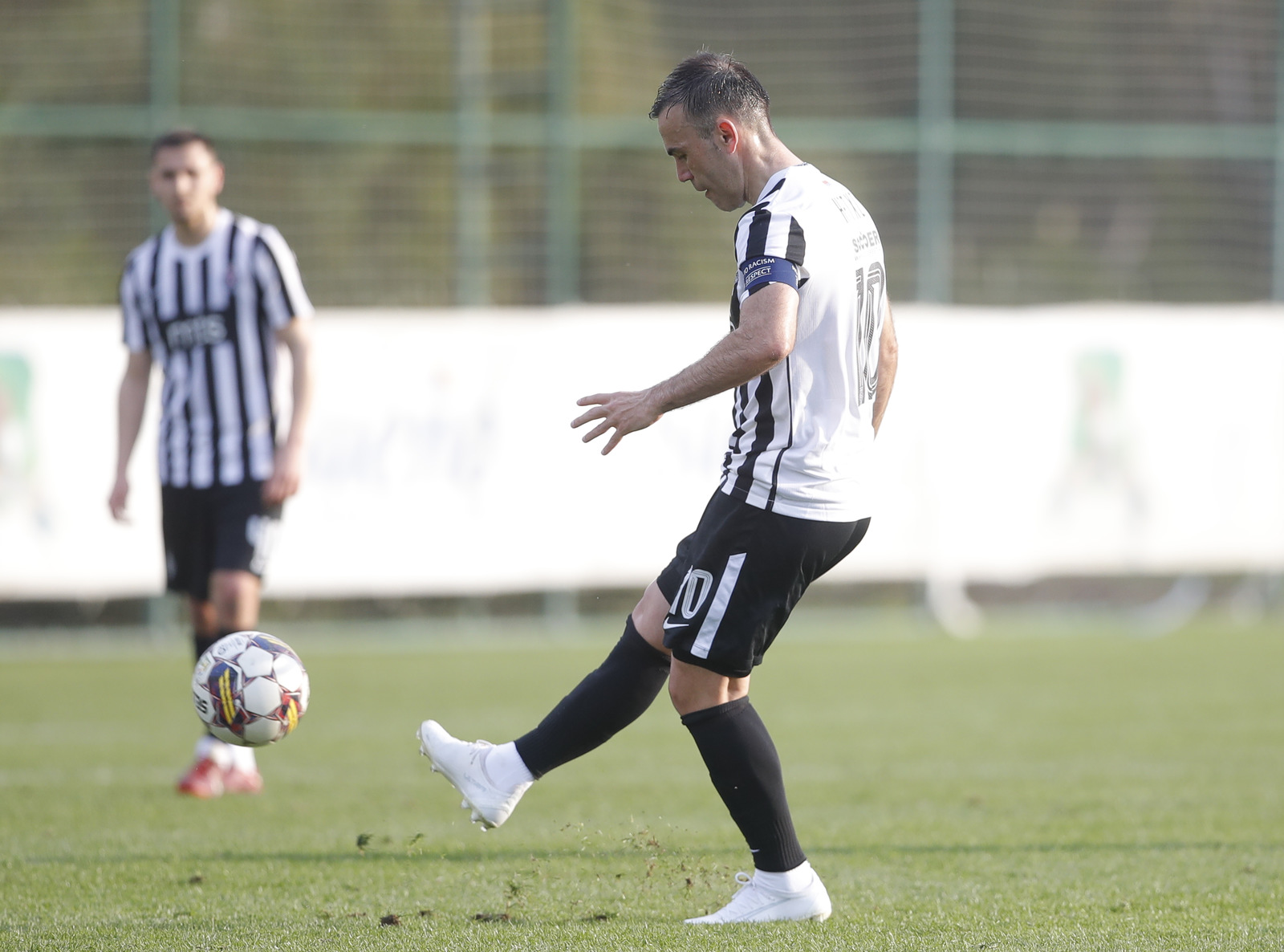 Partizan midfielder Bibars Natcho, Israeli national team captain and Serbian citizenship holder off recent, spoke to club`s website on range of topics. 34-year-old made 146 apps for the club so far, with 46 goals and 42 assists achieved along the way.

After a 40-day break and training in Belgrade, Partizan squad continues with mid-season preps in a Turkey training camp. How do you feel personally?

“I`m ok, it`s good to be back on the job. It`s not the best weather for football but have good training sessions and I`m sure we`ll all be ready”, said Natcho.

These are the first preps under boss Petric. How would you compare last summer`s preps to this one?

“It`s different. Previous coach was more demanding regarding tactics and positioning while we are doing more now in runs and physical fitness department. As for the football game itself, everyone has it`s own ideas and I can`t say what`s better or not”.

We heard a lot about so-called training hill set in Partizan sports centre in Belgrade. What are your impressions?

“Our physios are asking us to do it and we fulfill our tasks. It`s something new for us anyway. At the end of the day, if we do great this year, everyone will say it`s because of this new stuff we are doing”. 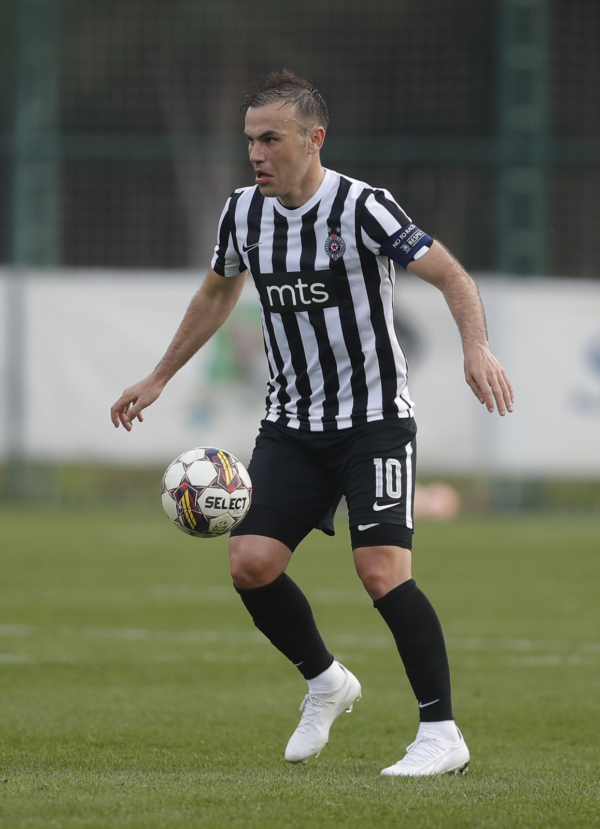 Boss Petric changed it to one session a day back home, although two hours and ten minutes long one.

“Yes, when we came back from the break, there was lots of time still left before we play competitive games. I believe this was a good decision and now we train twice a day but the sessions are shorter. At the end of the day, it all depends on the results – if we do well, it will mean the preps were good, otherwise it will be the other way around”.

Although we are trailing to the standings leader, Partizan aims are always the same – being competitive for the title until the very end. What`s your opinion on the rest of the season?

“I`m tired of saying the same thing but we really have to look at ourselves only. If we look too much ahead we might forget what`s behind us. First of all, we need to secure runners-up spot to get to the CL qualifiers. Secondly, we need to get as closer as possible to the top of the standings, even to get on the very top”.

Your views on the first part of the season?

“Of course it`s not successful when you trail 10 points behind the greatest rival but European competition is something else. Even in the Europe we started poorly going out of the EL qualifiers but there were good things there too. We showed we can play some good football and I hope we`ll continue to do so”.

Do you feel Petric trusts you?

“The answer is yes. I feel he believes in me and my style of play. He knows what I can bring to this team and I`m thrilled about it. I have to use that to my advantage, to work hard. If I take a look and my half-season stats, I think I did well and I want to keep it that way”.

Club has faith in you and you signed a new contract before the expiry of the previous one.

“Yes, I have a great relationship with everyone in the club, from board to sporting director. I hope we`ll continue with our joint efforts. Of course, everything depends on my performances”.

You spent four years each in Rubin and CSKA Moscow. It seems you`ll spend more at Partizan singlehandedly.

“Yes, it`s my fifth year here and I hope for sixth or seventh…My body feels great and I`m sure I can play for at least two more seasons. We`ll see what happens after that”.

What are your thoughts on your career upon hanging your boots? Football agent, manager or something else?

“I love football so much and I think I have enough experience as well. I also notice club trusts me when I say something. I`d love to stay in Partizan upon hanging my boots but I don`t know what would my role be. Being 35, I have to start thinking about these things”.

Can you tell us more about Hazizi, your Israeli national team teammate, someone who`s been mentioned a lot these days around these parts?

He played with me for Israel and I watched him playing as well; excellent player who advanced a lot in the past two seasons. He was always talented and skillful but he truly exploded in recent years. I think he would help Partizan team a lot and I hope clubs will agree financial terms of his transfer. He wants to try himself abroad and I told him Partizan could be his springboard. He`s a good lad and I wish him all the best”. 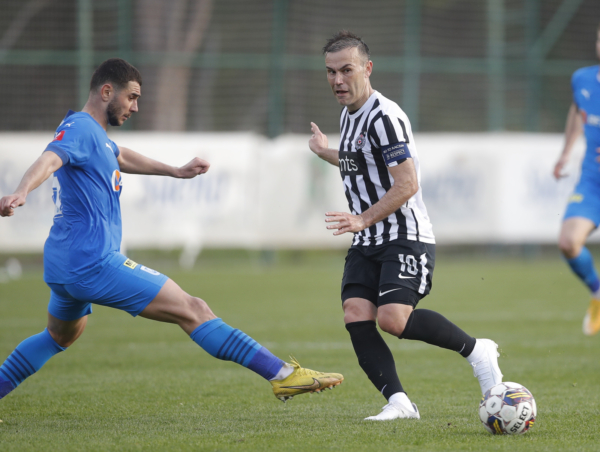 You have an incredible winning mentality, both during games and training sessions, even when playing basketball after the training. It`s all about wins with you. However, it must hurt you not winning the title with Partizan yet?

“You are striking at my most painful point of my Partizan career. I have to win the title with Partizan!  I don`t want to talk about domestic league out of respect for it but I`m aware what the current situation is like. I hope I`ll help Partizan qualify for the CL group stage at least, that would be great for the fans. I`m not going to stop until we achieve something big”.

We hear similar words from Ricardo. Do you talk about your Partizan targets between yourselves?

“Of course, we both have the same winning mentality, often arguing over video games. That`s the right athlete`s mentality, to always want to win whatever the game is. That`s important for football matches as well. Very often we were so close to big things”.

You obtained Serbian citizenship recently. How do you feel about it?

“It`s great, I start learning Serbian language as well. Kids should get their passports too and my wife and myself are really enjoying it here. She also started here business here and Serbia is our second home now! When I talk to my wife, we feel like staying in Belgrade after my football career ends, we`ll be over the moon if we do”.

How hard it is for you to learn Serbian language?

“It`s hard but similar to Russian. I understand people but I find it hard to talk. I`m practicing and moving forward gradually”.

For the first time in club`s history, Partizan managed European knockout stage for the second time in a row.

“I didn`t know that. The group stage was tough but we managed to rise above Koln and were really close to top the group. It won`t be easy against Sheriff but I think we can get to the Last 16 stage, move even further with a bit of luck in a draw”.

Did you expect Partizan to qualify to the ECL knockout stage?

“I said it straight way in a Partizan Podcast interview that we can go through. Many thought I was talking nonsense but I really believed in this team. Coaching staff is also great; players are on a high level, so I believed in it”.

What was the problem with Partizan early in the season?

“It was really strange. We started well with a 4-0 away win in Ivanjica on a poor pitch surface but you always have to be aggressive in Partizan. I believe we were thinking too much about holding possession without giving it a thought how to score and goals don`t come just like that”.

Do you agree it`s time for Partizan to achieve an Eternal Derby win?

“It`s always time for a derby win! We have a derby drought for a long time now but the next opportunity to win it will come on 1st of March. We restart the season with a tough away game followed by a European tie, so we`ll go step by step”.

Before the game against Nice and over a Partizan Podcast, you said wanted visiting teams to feel this home team is crazy, for them to know they won`t have it easy at Humska Rd. You also suggest to younger players to show not too much respect to the opponents but to play firm and manly.

“If I look at myself, I think I`m the nicest guy off the pitch. It`s different on the green and I say to myself that you can`t be nice sometimes. No one will give you anything in football game; you have to win it all. But, it has to be within the fair-play rules although we always have to push for more. We need atmosphere to be like it is on a Partizan basketball games. You are not yet properly seated and it 20-0 Partizan lead already.  We want that of the football ground as well, to lead 1-0 before we even came out of the tunnel. At the moment, the atmosphere at our football games differs, depending on the day or the importance of the match. We all have to change it together, starting from us players and fans to join us in these efforts”.

As much as they love the club, Partizan fans can be harsh on players sometimes, especially younger ones.

“It`s the same everywhere. Young players in Serbian get enough space. I look at myself – 15 years ago I wouldn`t be able to sit down and chat with Natcho I`m today, it was a different mentality back then. Here, young players get a huge support from us and coaching team. They start playing as young as 16 or 17 and fans can get tough on you sometimes but that`s life – you have to learn to deal with pressure if you want to become a football professional. If not, do other things, play table tennis maybe”, said Bibars Natcho.