Aleksandar Stanojevic upon arrival to Belek 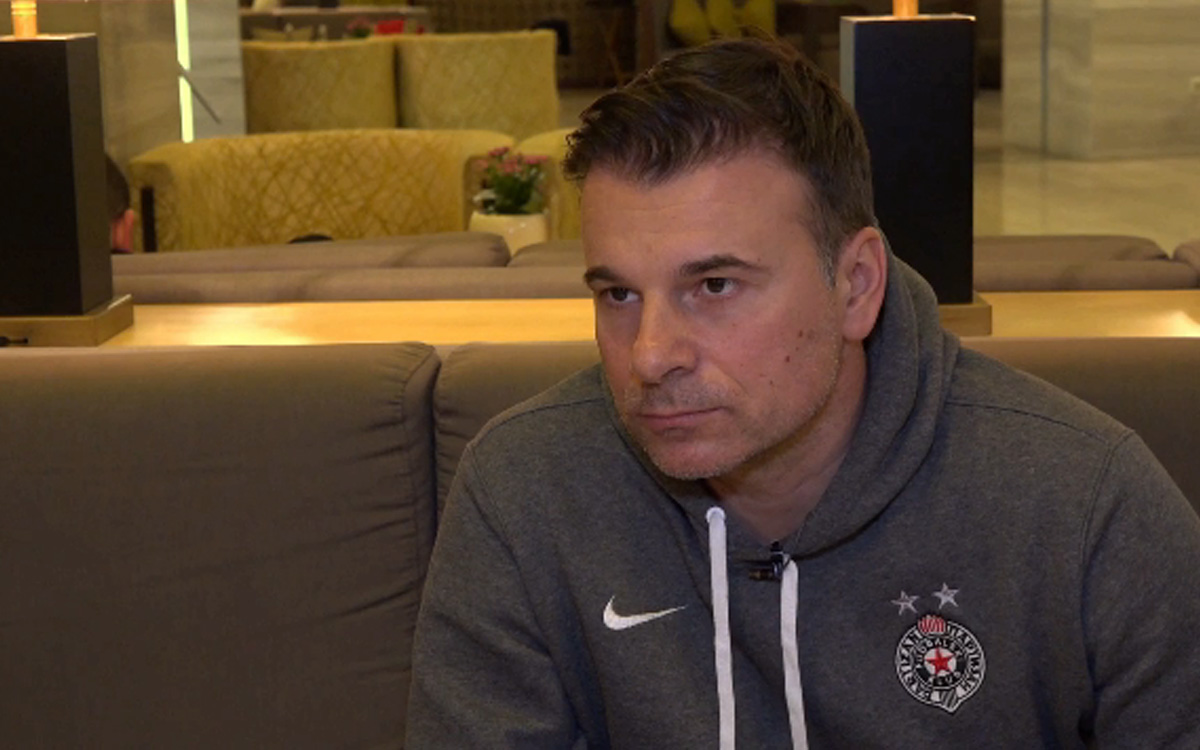 “We know have to adapt to weather and training pitches and that`s all normal for us. We did first part of the winter preps in Belgrade, an introduction for rest of the training work ahead of us. It`s a bit colder than expected here but it`s only going to help players run more. Football is different to many other sports because of the different weather conditions you cannot have influence on”, said Stanojevic.

Partizan will play four or five friendlies while in Turkey, starting with Tikves tomorrow.

“We played so many games so far, games that mattered result-wise. Each and every game is important when you are in Partizan. But, we will try to see some other things regarding friendlies, we will also present some of our youngsters with opportunity. Our main target regarding friendlies is different but the outcome always matters”.

“Our intentions were to have two strong opponents midway through the Turkey preps. Dinamo Moscow is one such opponent and Basaksehir is high quality too. We`ll start against Tikves and we have respect for this North Macedonian outfit. Finally, we`ll play against champions of Georgia, Dinamo Batumi, and that game is kind of like one you play in European qualifiers. I`m pleased with opponents picked and I expect those friendlies to show us a lot of things. It will be an opportunity for us to see where we stand, who we are”.

The only change within the squad so far is the departure of holding midfielder Aleksandar Scekic.

“We`ll miss Scekic, he meant a lot of us, scored important goals. Scekic was part of our story and integral part of the team. But, we are Partizan and we have to adapt to those situations, there`s no problem there. I`m glad Scekic is pleased with his transfer and I hope he`ll be happy in Poland. Actually, our greatest new assets are players coming back from injuries, we needed to have full squad around. We had certain problems in that department and it makes me so happy when I see them all around. Transfer window is a live thing and I said I won`t block anyone`s move. If the club is satisfied with an offer and player ready to move, I`ll approve it. At the moment, I don`t expect new departures though. It`s clear rest of the players are happy to stay here, some of them even rejected offers from other clubs. They want to stay here until the end of the season and battle for the title”.

Departure of Montenegrin international Scekic means that Partizan is now intensifying search for a holding midfielder in this transfer window.

“Our priority is to sign defensive midfielder, it was a plan regardless of Scekic`s departure. There are 3 or 4 players we are focusing on but we are in no rush. Rumours in the media are true, we are negotiating with number of players. We have a team structure and we want everyone to be happy – the player, our club and the club he is coming from, we need all this things to come in place. But, we are not rushing things, it`s not a burning desire and we behave accordingly. Our arrivals depend on departures and if anyone else departs we`ll react straight away. We don`t need to pile up players just for the sake of it, we are happy with what we`ve got and we have no luxury to sign a player on a position we are good at, there`s no need for four left-backs or right-backs, five forwards. Newcomers are always welcome but not if we have enough player in certain position, It simply doesn`t work like that. Of course, there are better players on the market but we have a clearly defined way of work here”.

Partizan will have great challenges as soon as mid-February comes, Conference League tie against Sparta Prague and away Eternal derby game soon to follow. Stanojevic states pressure is always there when you have highest ambitions.

“Come winter, come summer, pressure is always there, doesn`t matter if you are five points ahead or trailing six. There`s no difference working-wise as each and every game is battle for life, so to speak. That`s how we work and we have no additional pressure, it`s always the same in that department. We just work even harder to improve certain things. When we talk of potential double, I can only say we are still dreaming but with the certain realism involved. Previous two years made me stronger as a gaffer considering I went through different situations as a person and I also have a certain experience. As a coach, I can only say I`m hardened now”.

List of players available for Belek preps includes youngsters Samed Bazdar, Mihajlo Ilic and Lazar Slavkovic but Nikola Stulic or Rajko Breancic seem to be players Aleksandar Stanojevic is not counting on.

Petkovic was part of the preps before while we wanted to present Ilic with an opportunity, to see how he is developing. Lots of players went that route and that normal stuff. Whoever moves to the first team is equal to the rest of the players. I showed before it doesn’t matter if a player is young or not, they are all equals when it comes to battle for the spot in the team. Against Anorthosis and in domestic championship, we had a chance to see some talented youngsters but they are not there because of their age, but because they deserve it”, said Aleksandar Stanojevic.