Aleksandar Stanojevic after the derby game 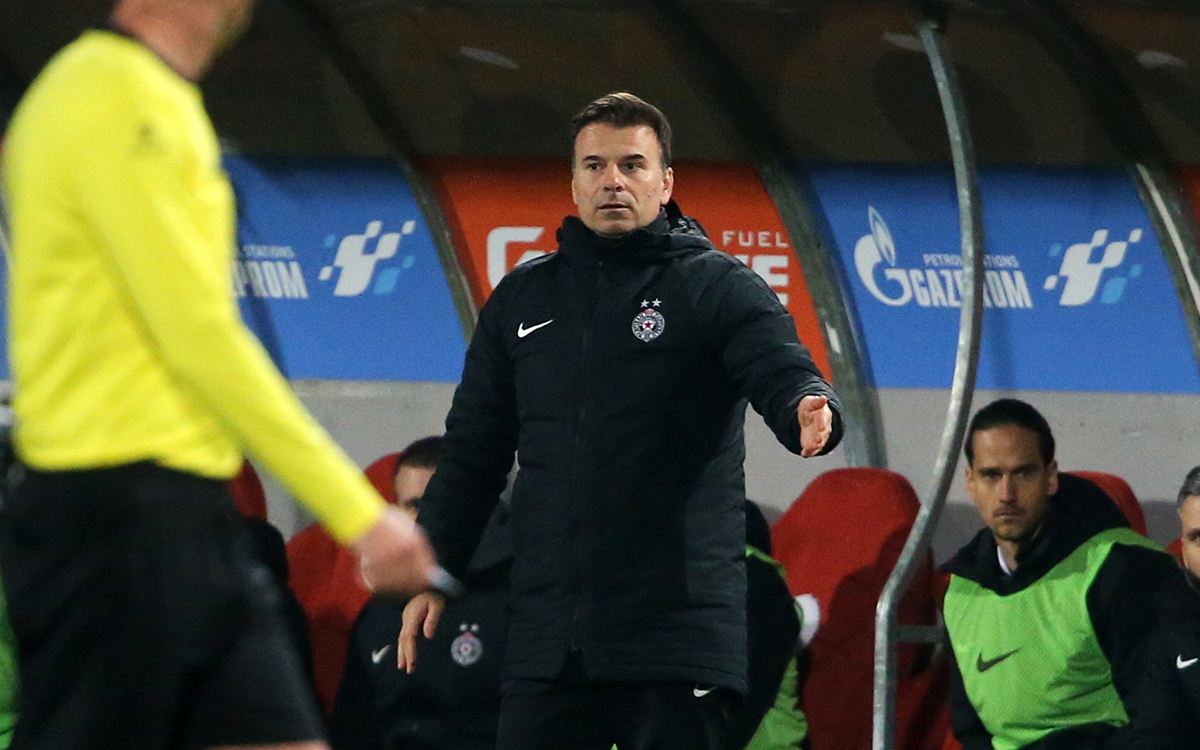 Partizan boss Aleksandar Stanojevic addressed journalists on a press-conference after the derby defeat:

-Crvena Zvezda deserved to win, they entered the game in a much better way, had more competitiveness. We simply had no solutions in the attack, kept losing possession. We were not 100% in anything today. Considering we opened the game poorly and played as we did, it must be that I made a wrong line-up picks.

I feel sorry for our fans who came here in great numbers, packing the South stand and lots of them were also on the East stand.

We picked up in the second half and played better, but we were not dangerous enough to threaten the opposition.

I`m not going to make individual analysis now. We came out as we usually do, with line-up able to attack, it was not going to be any different. But, it`s clear I made wrong picks, we were not fully fresh, intensive, we were not winning tackles, didn`t make a single pass. Home side didn`t allow us opportunities even when we were dominating. Therefore, I`m not going to talk about individuals, I picked the team and made a clear mistake with a starting line-up.

I think I should have gone for more competitive team, like I did after the break. We had tough game three days ago and we were clearly lacking freshness tonight, we couldn`t press nor we were able to play the way we used to. Of course, our opponents contributed to our poor outing with their style of play. I`m not looking for excuses, but we have a congested fixture list and I should have made three or four line-up changes, second half team should have started the game. As soon as the game started I felt we didn`t look fresh.

We will keep battling for the title. Before the championship started, everyone was saying we are not fit to be in the title race and we are still there, two points clear at the top. Lots of games are coming up, our league is tough and you have to win each and every game which is far from easy. I`m sure both title contenders will lose points along the way.

I was pleased to see sold-out stands tonight and happy to be part of such good and beautiful football story. Of course, I`m sad we lost, especially after a catastrophic first half performance.