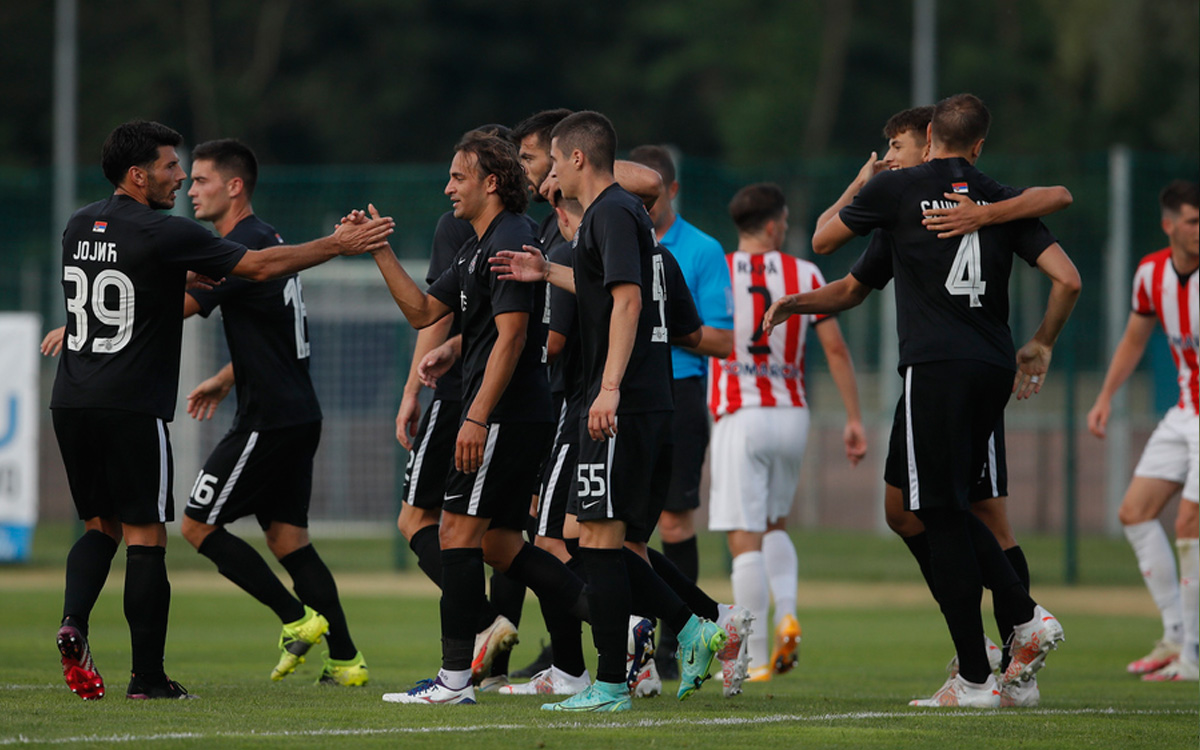 We heard Partizan boss Aleksandar Stanojevic after the game:

“I`m pleased with our performance. All we wanted was to have injury-free game. We are all tense after lots of hard work but we played well and I hope everyone is fit after this match. Intensity of the training will be lowered down tomorrow and we are gradually preparing for competitive games in domestic championship and European qualifiers”, said Stanojevic.

Boss also spoke about returnee Pantic who scored both in friendlies against Koper and Cracovia:

“He was good today and, more importantly, he was moving great without a ball. He didn`t get a final pass in two or three good moves he had. Finally, he scored as a result of his performance”.

Ricardo played his first 30 minutes since his return to Partizan.

“That was the idea, to play him 30 minutes. We are pleased, now we have strong option in the attack, it`s just about his new teammates getting to know him, important players like Natcho or Markovic.”.

Defenders Urosevic and Ostojic got on a scoring sheet too.

“Urosevic was excellent. I only fault him for not playing ball to Ricardo earlier in the game, shooting wide instead. Ostojic is in a constant streak of form, he gives us stability. Sanicanin was good as well, everyone at the back had a good game”.

Partizan is still negotiating arrival of one more forward.

“We did most of the work by signing Ricardo but we want one more winger or forward to have more options. It`s going to be a foreign player but we are not going to sign anyone just for the sake of it”, said Stanojevic.