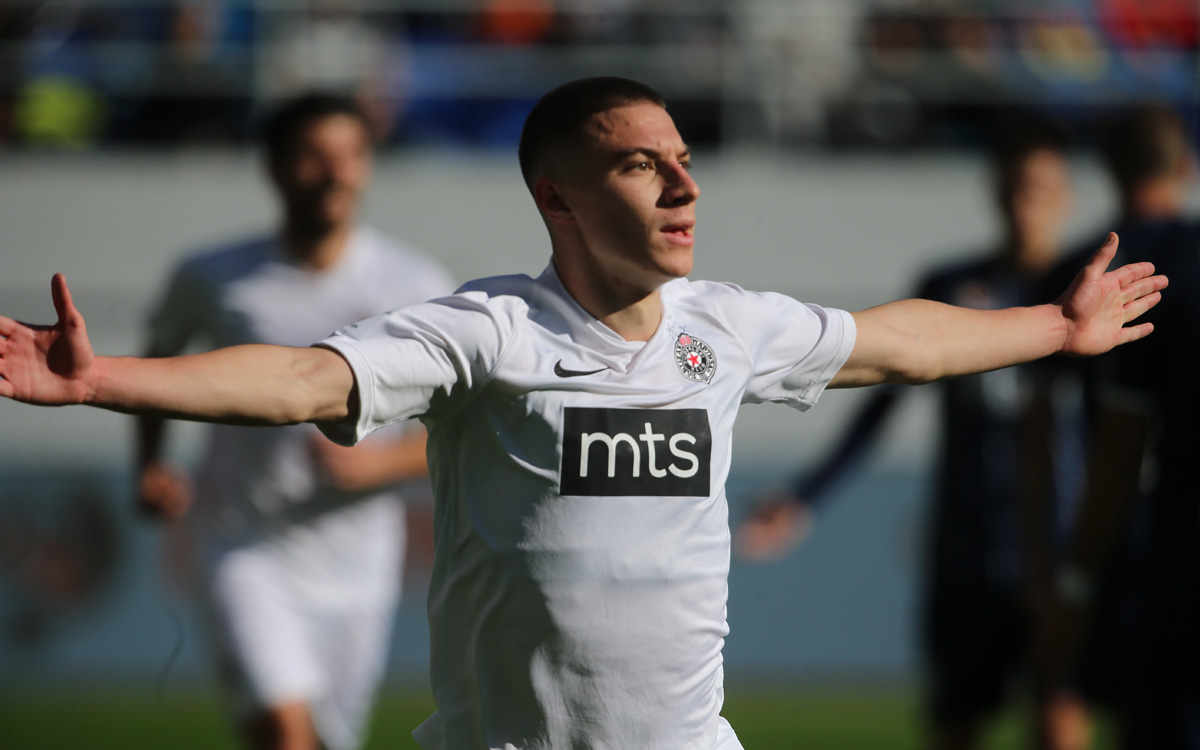 21-year old winger Nikola Terzic arrived to Partizan from IMT back in February and became fan`s favourite this season. Terzic doesn`t get many starts but rarely fails to impress once on the field. He was starter against TSC yesterday and rewarded his boss` trust with a first half brace in a 3-1 win. We spoke to Terzic after the game.

“Early goal conceded was a shock for us. We started the game a bit poorly but got back after being 1-0 down and we were in the comfortable lead soon enough”, said Terzic.

Young winger has four league goals to his name now.

“I scored two today, four in total this season. All of them were result of great build-up from my teammates. We have our style of play, we are always dangerous, we keep creating opportunities and score goals. I felt good today and boss Stanojevic praised us all after the game. We won three important points and we should keep this pace”.

Terzic gets to play more gradually and he feels there`s room for progress.

“There`s always room for progress, especially among younger players. Every training session is important for us to imbibe everything our coaches and teammates say. It makes it all easier for us, we look better on the field and make better decisions”.

“Each and every game is important to us. We played against very good TSC team on their new ground. They are well organized with lots of experience in their roster. We are still top of the pile and we enter every game as it`s the most important one ever. We hope we can keep the top spot until the end of the season. On Thursday, we are at home to Metalac. We are getting ready for it and we will go for a win as we always do. I hope we`ll win it”, said Nikola Terzic.